Showing posts from May, 2019
Show All 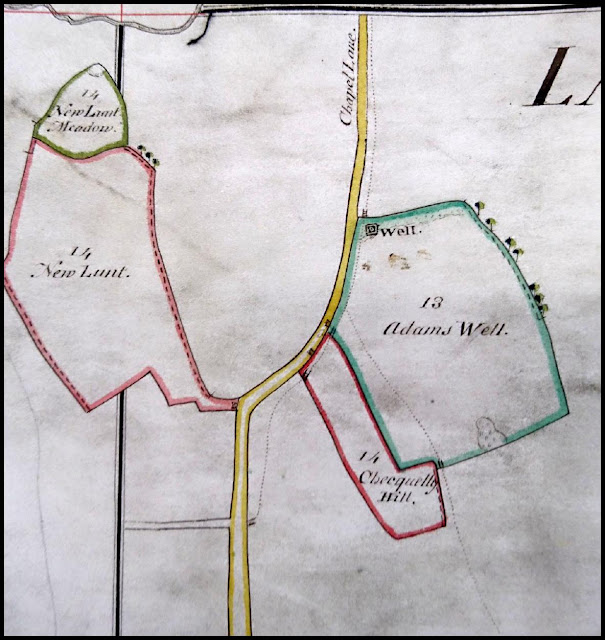 Adam’s Well, Onneley, North Staffordshire by Charles E. S. Fairey, May 2019 A Map of Lands belonging to Sir Thomas Grey Egerton Baronet lying within Wrinehill, Bettley and Onneyley in the Parish of Maidley, 1754 (Manchester Archives Reference: E4/86/1) "Reproduced by kind permission of Manchester Archives and Local Studies" According to the above 1754 Egerton Estate Map of Onneley, a well existed on ‘Chapel Lane’ (now ‘School Lane’) in the North Staffordshire village of Onneley, to the west of Madeley. The Map shows a square well situated in a field named ‘Adam’s Well’, so we therefore know the name of this well. ‘Chapel Lane’ is named after Onneley Chapel, which was originally a Knights Templar Chapel (which later became a Knights Hospitaller Chapel, and later pilgrimage church), which survived into the 17 th century, and is shown on Saxton’s 1577 Map of Staffordshire and Speed’s 1611 Map of Staffordshire. The Chapel was dedicated to the V
Post a Comment
Read more
More posts